Libya is a modern country and so the connections are to the area which is now known as Libya. At the start of the expedition the area was a part of the Ottoman Empire. 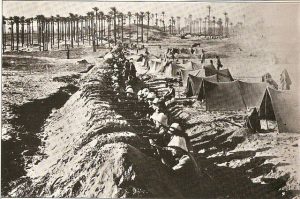