‘The Parker expedition ranks as the weirdest of all archaeological excavations, yet the details of what took place in Jerusalem in the early 1900s have remained mysterious. Thanks to Graham Addison’s meticulous sleuthing, we now have a much clearer–and even more fascinating–glimpse into an expedition that rocked the world.’ – Andrew Lawler, author of Under Jerusalem: The Buried History of the World’s Most Contested City

‘In ‘Raiders of the Hidden Ark’, Graham Addison has revealed the incredible story of the ill-fated Parker expedition to find the Ark of the Covenant. Meticulously researched, and expertly told, this book is a masterpiece of historical research and story-telling. Compelling reading.’ – Felicity Cobbing, Chief Executive & Curator, Palestine Exploration Fund

‘This is the story of a remarkable adventure, exciting, harrowing, beautifully written and thoroughly researched. Graham Addison displays not only an acute understanding of period and location but also of the levels of society in which his fascinatingly complex characters were part. His account of this extraordinary undertaking, and for many its tragic aftermath, is a truly impressive undertaking.’ – Lady Selina Hastings, author

‘The most complete account of the Parker expedition I have read. It brings to light many new aspects of the expedition.’ – Ronny Reich, Emeritus Professor of Archaeology, University of Haifa and Excavator of the City of David (1995-2010)

‘This book provides a fascinating look at the story of Captain Montagu Parker’s treasure hunt in Jerusalem, placing it in the context of the carefree lifestyle of this English aristocrat. Through Captain Parker, Addison also captures the intricacies of British colonization and the fascination of the British with the Holy Land, just years before the British occupation of Ottoman Jerusalem. One of the most surprising and unexpected outcomes of the expedition is how Arab Muslims and Christians united throughout Palestine to defend the Holy Compound revealing a unique sense of Palestinian patriotism. Over a hundred years later, Palestinians still see themselves as guardians of this holy site.’ – Louis A. Fishman, Associate Professor at Brooklyn College, City University of New York

‘The quest for missing, stolen, or looted antiquities raises every moral, political, and practical problem whether in Jerusalem in 1910 or today in Afghanistan. In this book Graham Addison gives a most entertaining account of the sometimes tragic, often hilarious efforts of the mis-adventurers on their doomed quest for the Ark of the Covenant. We have to accept that this is not the only great treasure which will never be found. Only some twenty percent, if that, of high value pictures have been recovered 50 years after their theft.’ – Julian Radcliffe OBE, Founder and Chairman of The Art Loss Register

‘A rigorously researched and skilfully written account of the ill-fated Parker Expedition.  Each member of the expedition team is beautifully and thoroughly described, including my antecedent the adventurer and socialite Cyril Pelham Foley.  The reader can clearly sense Addison’s passion for his subject as the book takes him or her on an exhaustive journey through Middle Eastern history, the machinations of the early 20th century English upper classes, their backgrounds,  derring-do moments and the scary challenges the expedition team encountered during the doomed expedition.  Addison’s own quest to piece together the characters, the complex story, not missing out any detail including a compendium of the investors and how much they put up, is testament itself to the determination of the British spirit.’ – The Hon. Alexandra Foley, writer and communications consultant

‘This is absolutely the best, most detailed book I have read on this subject! I would give it more than 5 stars if I could. Definitely a fan, and I have already recommended the book to my husband and my friends.’ – Goodreads review

‘The first English-language version of the story to see print, this book has been meticulously researched and contains many original photographs of the dig and the dilettante archaeologists themselves. It is accessible and in some parts very funny.’ – Netgalley review 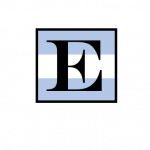