A Psychic and a Winter Holiday

Most of the accounts of the Parker expedition focus on the work of Juvelius in directing the work towards the supposed hiding place of the Ark. However, they were wary of being solely reliant on Juvelius, so Parker recruited a ‘thought-reader’ to travel to Jerusalem in the party. His name was Otto von Bourg, also known as Stauffiger and Stassieger. Otto von Bourg was born around 1873 in Wiedlisbach, near Berne in Switzerland. He said that, as a child, he had a vision that allowed a village near where he was born to find two buried silver church bells. These had supposedly been hidden during the French Revolutionary wars decades before. In his vision, von Bourg identified their hiding place and guided the authorities to the bells.

Von Bourg moved to England at the end of the 19th century to train as an accountant. He swapped from the mundane and set up as a clairvoyant and psychic in London. He made his reputation in the 1901 case of a missing stockbroker. Percy Foxwell had gone missing on the way home to Thames Ditton, having telegraphed his wife, saying he would not be back for dinner. The stockbroker then seemed to vanish without a trace. In a seance which von Bourg held with Foxwell’s wife, a Maori spirit helped guide von Bourg to a small stream about a mile from the house, leading to the Thames, with grass banks and a drooping tree overhanging where the body was.  The case made his reputation and he traded on it for the rest of his career. Arthur Conan Doyle who was a firm believer in spiritualism spoke very positively about von Bourg.

Von Bourg spent considerably more time in Jerusalem than Juvelius and was there when they dug in the Dome of the Rock. One syndicated report of the incident, whose authors must have spoken to von Bourg, downplayed the cypher’s value and said it was the Swiss psychic who led the expedition to the hidden treasures under the Mosque of Omar.

It said that t was the crystal that ‘Mr Van (sic) Bourg had “revealed” to Parker the whereabouts of the hidden treasures of King Solomon and the presence near Jerusalem of a quantity of sacred articles buried by other ancient Jewish kings, to which a vague clue had been given by a certain cipher which was supposed to indicate the right place to dig.’

In 1912, two expedition members Robin Duff and Cyril Foley took a winter holiday to Engelberg in the Swiss Alps with a friend Jimmy Lumsden, where they met Rudyard Kipling. Cyril Foley says that he ‘might almost say that he (Kipling) was a friend of mine’. He wrote an account of the discussions they had. The three friends were in the middle of a discussion about winning the international bobsleigh race when Kipling came up to them to ask a question.

He rushed up to Duff and said he had a question for him as he was a cavalry officer. Kipling said he was writing about a cavalry advance and wanted to know what order the officer would give to speed up in the circumstances. Duff answered and Kipling ‘By God, that’s it’ and rushed off.

Kipling later wrote to a friend about his discussions with ‘a big sleepy man in the Guards who had been on that mad treasure hunt for King Solomon’s treasures in Jerusalem’. As we know that he met Duff at this time who was a tall man and in the Life Guards this must be Robin Duff. He recounted Duff’s explanations of their work in the Pool of Siloam and the cyphers and explained why Juvelius had had to leave Jerusalem. he did not mention malaria but instead said that Juvelius got into trouble with the Ottoman authorities because of his behaviour with local women. ‘Hence trouble with the Turkish authorities and the final elimination of Jurisius (sic)’ 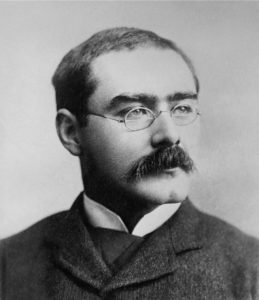 A transit place that drove some mad

Egypt was a stopping point for the expedition on many of their journeys across the Mediterranean.

On the first expedition the group travelled by train across France and took the P&O steamer India from Marseilles to Port Said, Egypt. They arrived there on the 27th July 1909. In Port Said, Juvelius and the Pearson civil engineer, Walsh, joined them. The larger party transferred to the Water Lily, Wilson’s steam yacht. Clarence Wilson had bought the yacht earlier in the year and refitted her for the Mediterranean trip. Two days later, the party sailed up the coast to Jaffa.

In autumn 1911 five months after the Haram al-Sharif incident the expedition tried to return to Jerusalem. When the Dorothy arrived in Jaffa, Parker found the Ottoman authorities in turmoil. As a result, they had appointed no inspectors, still less been ready to send them to Jerusalem. News of the expedition’s return quickly reached Jerusalem and created a stir. The new Governor, Cevdet Bey, reported the disquiet to Constantinople and the party were expelled. They were forced to sail to Egypt.

Wilson, von Bourg, Uotila, Griffin and the gangers were in Egypt. Wilson stayed at Shepheard’s Hotel, the best hotel in Cairo. They were stuck there for months and it was there that Clarence Wilson went mad and had to be brought back to England. 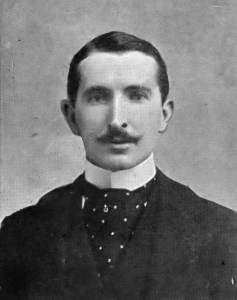