Two of the expedition members had close links to Belgium although neither of them were Belgian.

It was Johan Millen who went to England to raise the funds for the expedition. At the time he worked in a soap manufacturer in Antwerp. 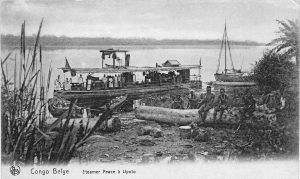 Hoppenrath was married to a Belgian woman named Jeanne-Marie Charlier. He married her on his return to Europe shortly before the expedition. She later joined him for part of the expedition to Jerusalem.

In addition to Hoppenrath and Millen’s connections to Belgium there was also one Belgian shareholder in J. M. P. F. W. Ltd.

FCW Stachow a Civil Engineer of 146 rue des Palais, Brussels was a shareholder.