At the time of writing this Odessa or Odesa, depending on whether you prefer the Russian or Ukrainian spelling of the city, has not faced attack by Vladimir Putin’s Russian Army. However, unless the so-called special military operation fails even further, it is almost certain the Odessa will face an attack.

The city’s history goes back to the Greeks but it has been ruled by the Golden Horde, Lithuania and the Ottomans.  Russia captured the area that is now Odessa from the Ottoman Empire in 1789. The city was developed by the Duc de Richelieu, an emigre French nobleman who had served in the Russian army after fleeing Revolutionary France. However, during the late 19th century, the city arguably reached its heights. During the late 19th century Odessa was the fourth largest city in the Russian Empire after Moscow, St Petersburg and Warsaw. 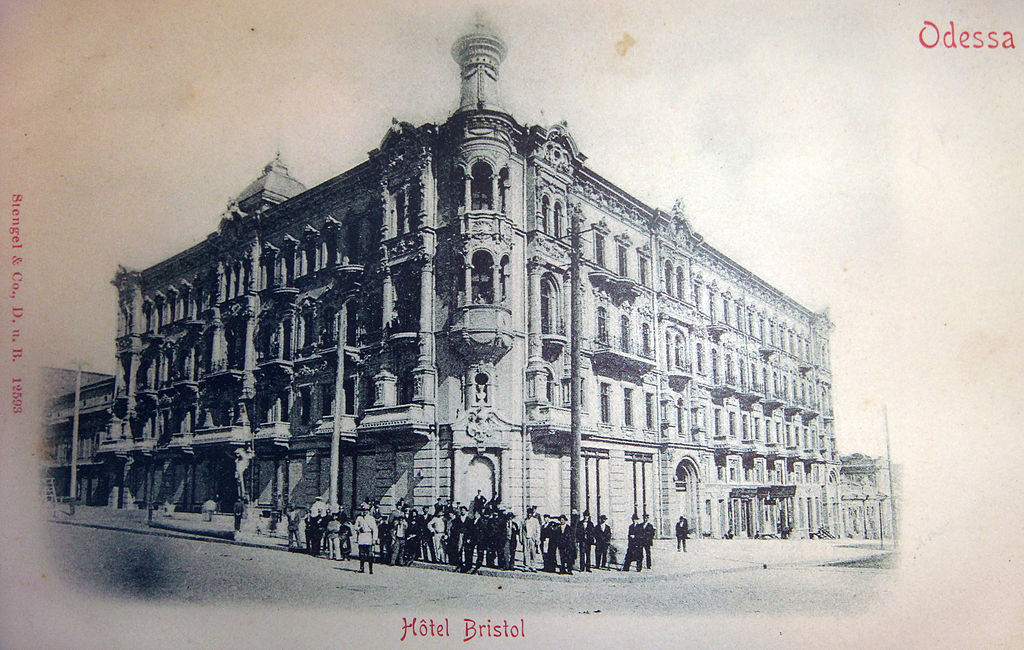 Odessa is a strategically important city that is a gateway through the Black Sea to the outside world. It has been fought over many times. It was shelled by the British and the French during the Crimean War. Following the Bolshevik Revolution it was occupied by an Austro-Hungarian force, then a Greek and French force supporting the anti-Bolshevik White Russians. The Soviets then fought the White Russians and the Ukrainian People’s Republic for control, with the Soviets ultimately prevailing. During the Second World War Odessa was attacked by Romanian and German forces and endured a 73-day siege in 1941. Odessa has also been the scene of countless other events in the history of the Russian Empire and the Soviet Union including the mutiny of the sailors on the battleship Potemkin, immortalised in Sergei Eisenstein’s 1925 classic Battleship Potemkin.

It was a very European city with a large Jewish population. It was also the site of an annual mass event from the late 19th century to the start of the First World War. Every year thousands of Orthodox Christians used Odessa to leave the Russian Empire to go on a pilgrimage to the Holy Land and Jerusalem. They typically were impoverished peasants who travelled from their villages in the interior of Russia’s Empire to the port of Odessa to embark for the Holy Land. 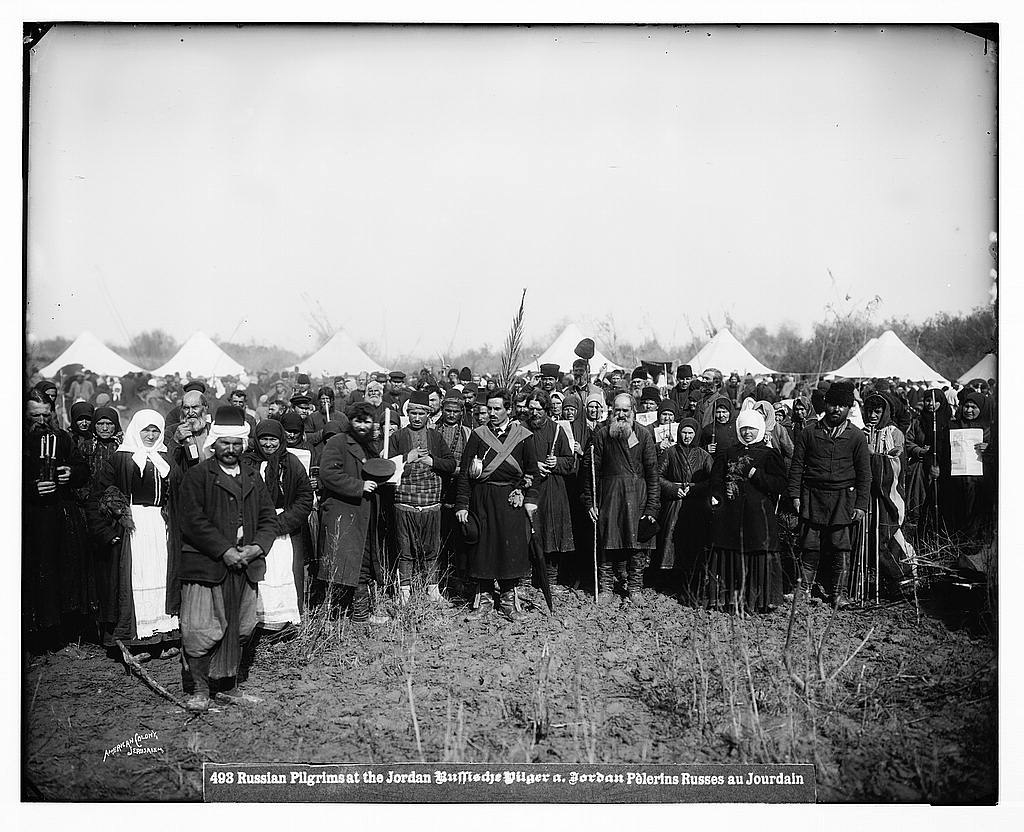 Russian pilgrims at the Jordan river

The Russian Compound was built in Jerusalem to accommodate the pilgrims. In 1911 10,000 such pilgrims filled the city. One of them was Rasputin the infamous Russian monk. He had been sent away from Russia to get him away from the Imperial family. On his way to Odessa he stopped off at the Pochayiv Lavra monastery. Rasputin wrote an account of his pilgrimage to Jerusalem and wrote (or his ghost-writer wrote for him)

“As soon as I left Odessa, on the Black Sea… there is a stillness in the sea and the soul rejoices with the sea and sleeps in peace; the little swells shine like gold thread, and one desires nothing more.”

Others had different opinions of the conditions on board. The Russian authorities subsidised the boats. However, they were often overcrowded and any poor weather led to seasickness and unbearable conditions on board. Another account by Stephen Graham, the English travel writer, who knew Russia well, and one year travelled with the pilgrims:

All about me clustered and chattered motizhiks and babas, village men and village women, stariks and startiskkas, grey-bearded grandfathers and wizened old grandmothers—all in their everyday attire. They looked as if they had left their native fields and hurried to the boat without changing a garment or washing a limb. They were nearly all in deeply-wadded overcoats (touloopi) or fur-lined jackets (poluskubi), and wore heavy, long-haired sheepskin caps or peak hats; and the women wore bundles of four or five petticoats, and who knows how many layers of thick homespun linen over their upper parts, and with thick grey shawls over their heads. For most of the pilgrims came from the cold interior of Russia and had little notion of the changing of climate.

Once they arrived in the Holy Land, most of the pilgrims would walk from Jaffa to Jerusalem. They were filled with religious devotion and would visit multiple Christian sites in the Holy Land. They would return to Russia in possession of mementoes the pilgrims believed would help ease their path to heaven. These could be shrouds washed in the river Jordan or measured against the stone where Jesus’ body was supposedly washed after his crucifixion. They would also return with earth from the Holy Land, which would be put in their coffin when they died. The influx of pilgrims was a tremendous economic benefit for the city. Candlemakers, icon painters, shroud makers and olive wood trinket-makers worked all year round to meet the demand at Easter. Even though the pilgrims were poor, beggars flocked to Jerusalem during this annual pilgrimage. They left at the same time as the pilgrims returned to Russia.

Separately Odessa was also the route many Jews escaped from the genocidal pogroms launched by the Russian Tsarist governments in the late 19th century. Tsar Alexander III came to the throne in 1881 when revolutionaries assassinated his father, Tsar Alexander II. None of the assassins was Jewish, but this did not stop the new Tsar from instituting sweeping anti-Jewish laws and encouraging or directing violent pogroms against Jews. Between 1888 and 1914 two million Jews left the Russian Empire, some settled in Europe and 85% went to the United States. Some also went to the Ottoman Empire and many of these used Odessa to flee the persecution. Odessa itself was not spared pogroms and in the largest, the 1905 pogrom, over 400 Jews were killed and 1600 Jewish properties damaged or destroyed.

Who knows what the immediate future will hold for Odessa and Ukraine but it will almost certainly continue to be a critical juncture between Russia and Ukraine and the outside world.