Father or Pere Vincent was a Dominican monk who had joined the order as a young man. Vincent came to the Ecole Biblique et Archaeologique in Jerusalem in 1891 and dedicated the rest of his long life to archaeological study in the Holy Land. He was a widely respected scholar and expert. In an obituary, the monk was described as combining ‘genius, industry, charm and humility, enthusiasm and balance’ in his work as a scholar and teacher.

The work of the strange amateurs of the Parker expedition quickly alarmed the established archaeologists in the Holy Land. They complained to the governor in Jerusalem and sent urgent enquiries to Constantinople and to their organisations back in Europe. Parker realised that the level of opposition could cause problems and started to allow visits from a few of the established archaeologists. Six weeks after the excavations began, Parker escorted Pere Louis-Hugues Vincent through the tunnels.

His visit and those of a number of other archaeologists visits did not entirely stop the pressure to have a proper recording of the work. Jacob Spafford was one of those pressing Parker on this. Eventually, the pressure paid off, and Spafford gained a promise that the expedition would allow Father Vincent to record their work and any findings.

Parker did not inform Vincent of the expedition’s real objective, and Vincent was suspicious of Parker. However, the arrangement worked for this mismatched couple. Vincent realised he had an opportunity he could not miss to understand and record the ancient water systems of the city. So he accepted Parker’s invitation. Vincent was allowed to document the excavations but he could not interfere in or direct them. Parker imposed one other condition: Vincent was not allowed to say or write anything publicly about the expedition without approval. Vincent respected this condition scrupulously. When Vincent could do so in 1911, after so many had criticised the expedition, he remained warm and complimentary and, publicly at least, refused to condemn them.

One of the most long-lasting legacies of the expedition was the work of Father Vincent. Parker had agreed to his involvement because of rumours circulating about the expedition and growing opposition because of its secrecy. Vincent brought his unrivalled knowledge of Jerusalem, gained over many decades, to his work. Professor Kathleen Kenyon said Father Vincent’s work in remapping the tunnels and shafts helped salvage a very unsatisfactory enterprise. She said Vincent was small, charming and elegant, but anyone who ‘disagreed with him came in for a terrific pounding, though always couched in the most polite terms.’ The plans he produced of the tunnels formed the basis of all archaeological work in these places for the next century.

Baron de Rothschild was a member of the French branch of the famous banking family. He was an early supporter of Jewish immigration to Palestine. The First Aliyah is best known for the establishment of agricultural projects, often financed by Baron de Rothschild. He had invested up to 10 million francs of his own money by 1890, which was four times the size of any other backer. 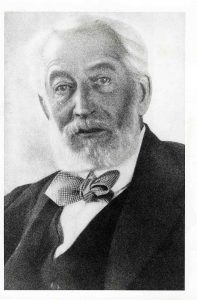 The Baron purchased the land between the expedition’s plot and the Pool of Siloam. His agent, Albert Antebi, had brokered many of the Baron’s purchases for Jewish settlements in Palestine. He was experienced in buying sites with as little fuss and publicity as possible. Antebi carried out the land purchases quickly and without the issues which the Parker expedition had experienced. Antebi also paid labourers to report back to him on what was happening in the tunnels. Having purchased the site next to the expedition, Baron de Rothschild applied for permission to excavate. His deep connections in Constantinople meant he had no problems obtaining a firman to excavate next to the competing expedition. This expedition later took place under the supervision of Raymond Weill.

‘purpose was to uncover the Ark of the Covenant, which he believed to be buried there. I asked him, very seriously, what he hoped to achieve with the Ark. He answered: “Les fouilles, je m’en fiche: c’est la possession” — “excavations be damned, it’s possession that counts.”‘